How to adhere foil to a Stamped Image 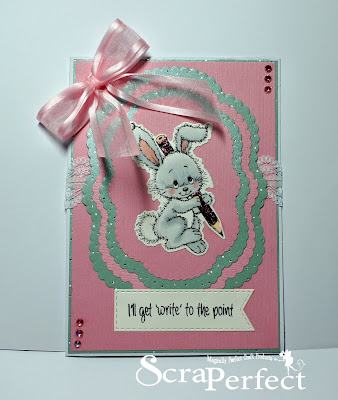 I started by stamping the image onto some white cardstock. I used the coordinating die and cut it out.  Then I colored it in using Copics. 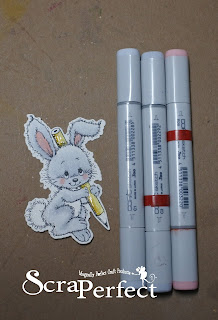 I wanted to add some of the Transfer Foil to the pencil, so I used the Best Glue Ever and covered the area where I wanted the foil.  I then let it dry until it became clear and tacky. 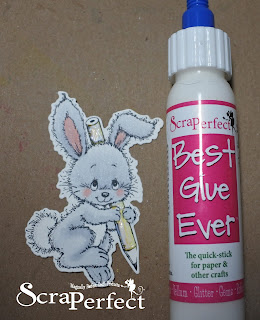 Next, I placed the foil over the image and rubbed the area with my fingers. 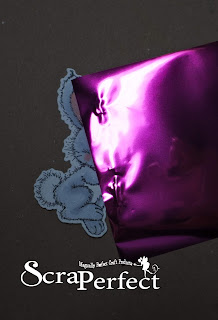 Then I peeled off the foil and you can see where it has transferred to the image. 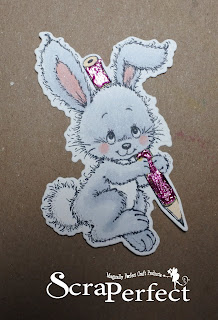 I used a die set and cut out several die cuts that I want to layer behind the image.

I then began to create my card.  I layered some grey and pink card stock on top of my card base of 5x7 using the Best Glue Ever.

Next, I began to layer the die cuts using the  Best Glue Ever.  Once I have them all layered, I adhere them to the card base

Then I adhered the cut out image to the card front.  I also added the sentiment.

I decided the card needed a little bling, so I used the Embellie Gellie to adhere some rhinestones to the card using the Best Glue Ever. 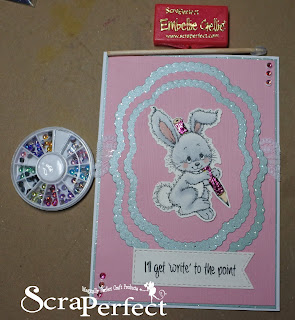 Next, I added a bow to the top corner of the card using some of the Best Glue Ever. 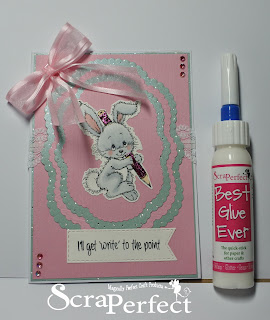 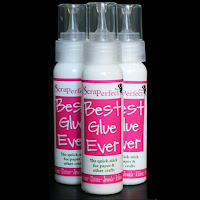 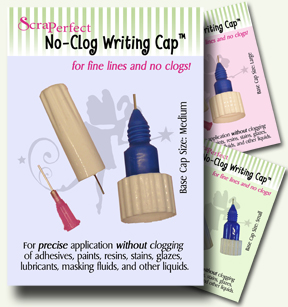 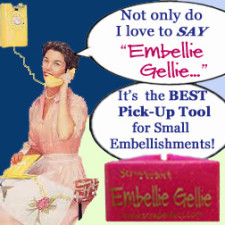 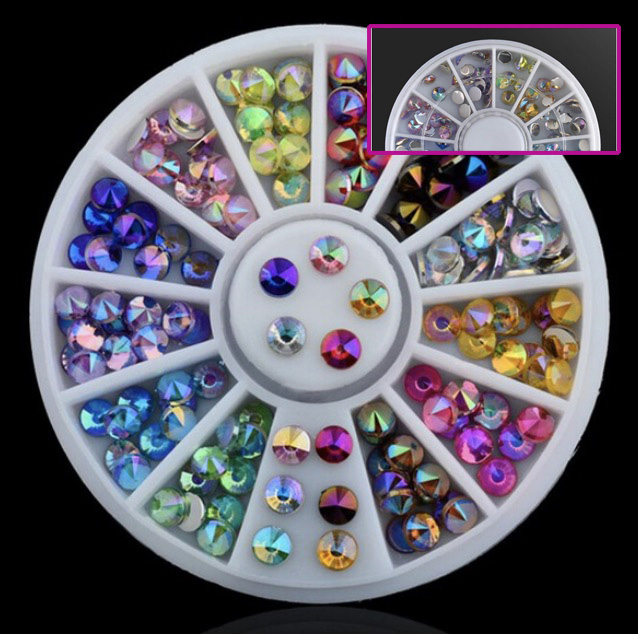 Thanks so much for stopping by today!
I'll be back soon with another project share! 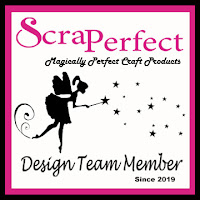 Adorable stamp and clever use of the foil. I also like the ribbon element.